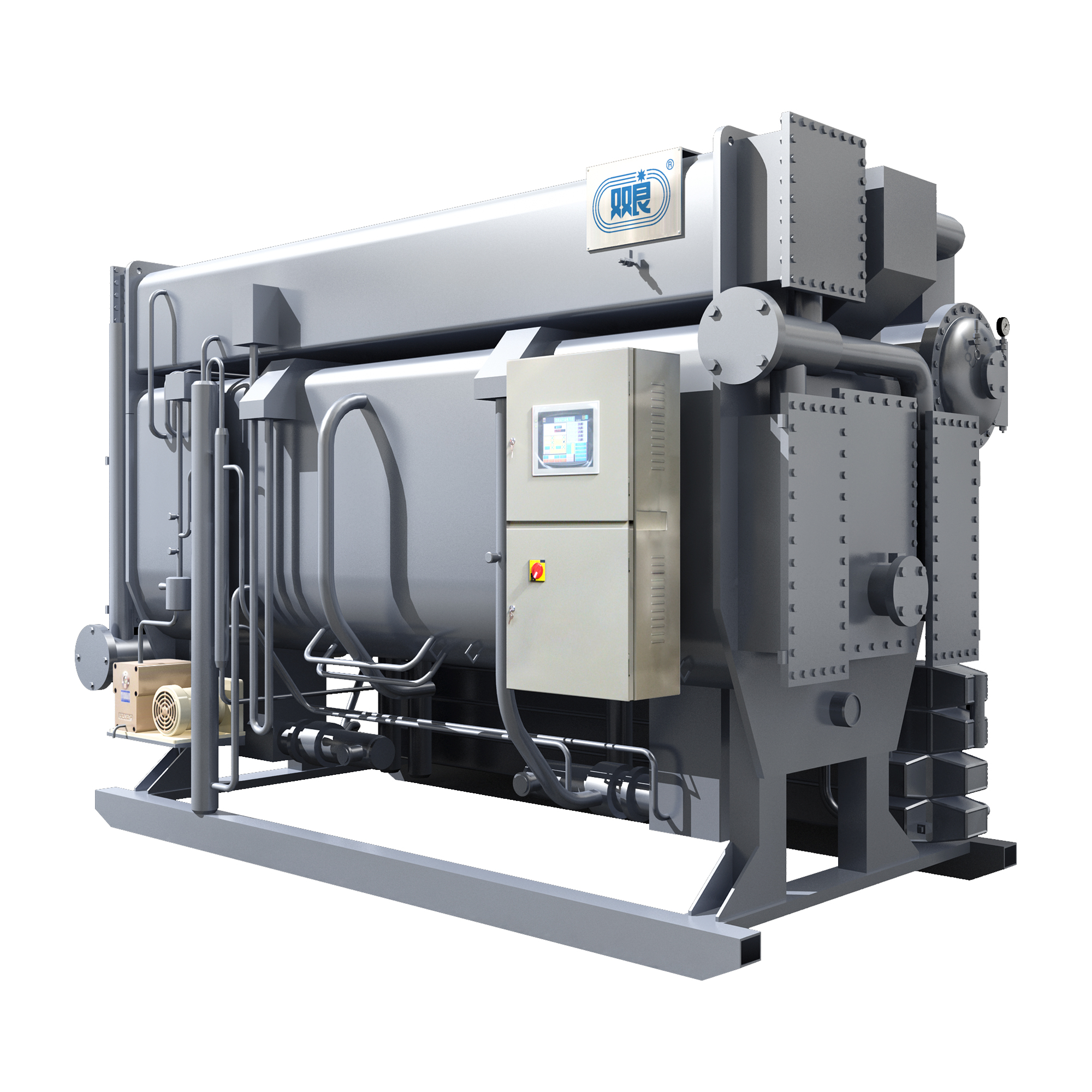 Steam operated lithium bromide absorption chiller is a kind of large-size industrial unit with steam as the driving energy, lithium bromide solution as the absorbent and water as refrigerant.


Send email to us

Steam operated lithium bromide absorption chiller is a kind of large-size industrial unit with steam as the driving energy, lithium bromide solution as the absorbent and water as refrigerant.

It not only reduces greatly the cost of electricity and operation fees in regions where there are rich steam resources, but also compensates the peak-valley load difference. While in summer, shortage of electric power poses great concerns for many cities. Concentrated consumption of power caused by the use of air conditioners is the sticking point for such a seasonal problem, for which, steam operated chillers offer an attractive solution.

The steam sources suitable for the absorption chiller require the pressure of steam to be in the range of 0~8 bar (G), which is normally the LP or MP steam in the industrial plant. Considering the consumption of steam for driving the absorption chiller, it’s suggested to use the low cost steam sources (i.e. the steam generated by the WHRB from the high temperature flue gas, which is deemed to be the waste heat.) or the steam coming from the extraction of industrial process, but its heat grade is too low to be used in other process (i.e. the extraction steam from the LP system of steam turbine).

Based on the heat grade of steam, the steam operated lithium bromide absorption chiller can be divided into two types:

The most attractive feature of Shuangliang steam operated double effect chiller is its stunning performance in energy saving. High COP of 1.51 ranks it in the leading position worldwide.

Provide chilled water above 0℃, suitable for cooling or industrial process.

Saturated steam with pressure in range of 0~8 bar(G)